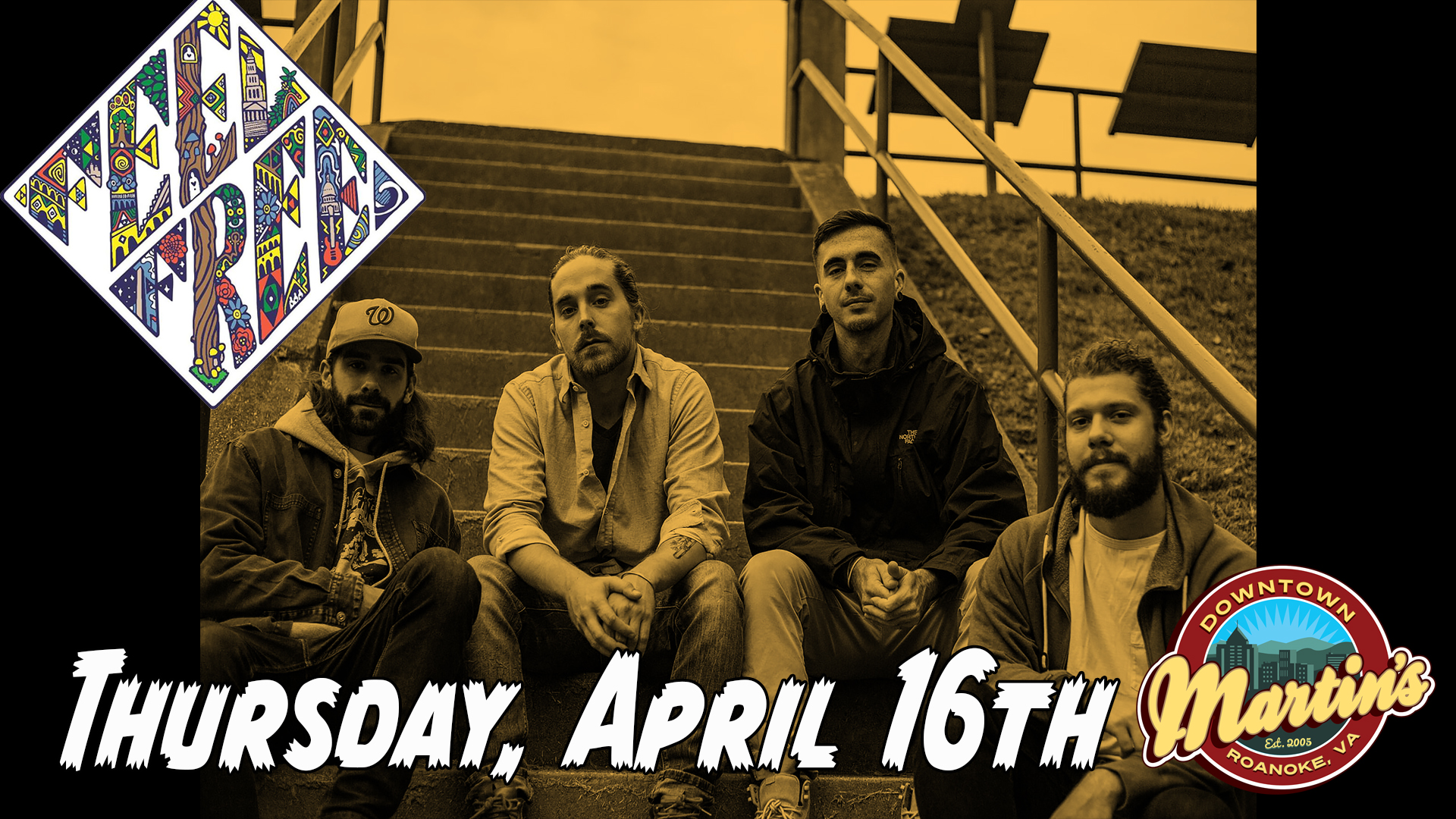 Formed in 2010 in Alexandria, VA on the outskirts of Washington D.C., FeelFree’s smooth sound incorporates hard hitting horn lines, tasteful guitar work, and memorable melodies. They independently released their third album “Define the Free” in July of 2018 after premiering their single “Lonely Life” with critically acclaimed Rootfire Cooperative. The album would go on to win Best Reggae Album of 2018 at Washington D.C.’s 31st annual Wammie Awards.

The roots of FeelFree were first laid in 2004 when Andrew Pfeiffer (vocals/guitar/trombone), Evan Hulehan (guitars/vocals/production), and Bryan Frank (drums) began playing music together while enrolled in George Washington Middle School in Alexandria, VA. After adding Garrett Clausen on bass/vocals/saxophone and Colin Cantfil on trumpet in 2010, FeelFree was officially formed. The band immediately began releasing songs on the internet over the course of 2010-2013 resulting in two albums worth of material: In The Hills (2012) and The Ebb Tide EP (2013). Kevin Raitz joined the band on drums in 2017, and word about FeelFree’s explosive live show began spreading throughout the mid-Atlantic region creating an underground buzz landing them on stages like D.C.’s 9:30 Club and Baltimore’s Soundstage among others.